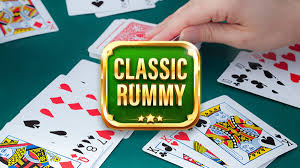 89thandbroke – Back when the Internet was unheard of, you probably wonder what people were doing to while away the time. Well, aside from baseball, folks play card games, one of which is Gin Rummy. As you probably notice, the name of the card game says something about yet another favorite pastime, drinking. The card game for two was invented by Elwood T. Baker in 1909 and became popular since then. While you might think it’s an ancient game, it is actually a later comer that tried to compete with even more popular games such as Cribbage and Pinoche; both of which were games that go way back as early as 400 years ago. Gin Rummy is closely linked to a genre of card game known as Rummy, where the method that is being used is the “draw and discard”. This means that at every turn, you draw a card from the pile and discard the unwanted card in exchange. The idea is to form sets of matching cards. The match can be 3 or 4 cards of the same rank or same suit in sequence. With such easy to understand rules, it’s no wonder that the game had a loyal following; and it even garnered notoriety for being such an addictive game.

Following the general rules of Rummy, Gin Rummy version is as easy as pie. It starts with each player receiving 10 cards. The standard deck of 52 cards is ranked as follows: Ace, 2, 3, 4, 5, 6, 7, 8, 9, Jack, Queen, and King. Each of the cards has corresponding values. The face cards are 10 points each and the Ace is 1 point. Other cards are worth their index value. The 21st card is turned face up to start the discard pile, the rest of the cards are put on the table face down. The object of the game is to collect a hand that can be combined into sets of 3 or more cards having the same suit in consecutive order; or a set of cards with the same rank. The unmatched card (or deadwood) you have should be discarded, and those that remain in your hand should have low point values.

In Gin Rummy, every player’s turn consists of “The Draw” and “The Discard”. When you draw a card from the stockpile, you add it to your hand and check if it can form a match. If not, you can have the option to take it and drop a higher value unmatched card in your hand, or just discard it outright. You can choose to end the play during your turn by if you are able to form your cards into valid sets and runs. To signal your opponent, you have to discard one card face down and expose your whole hand, arranged in the valid combinations. Your unmatched cards should also total 10 points or less. This process is called “knocking”. If you have no deadwood cards when you knock, it is known as “going gin”. This earns you special bonus points. The game ends when the stockpile is down to two cards and the player can either knock or go gin. The player who reaches 100 points first, wins the game.

The trick in Gin Rummy is to observe the cards that you have and the cards that have been discarded. If you can keep track of those, you can have an idea of what your opponent’s hand is, or what he or she is trying to set.